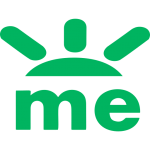 Vincentians in Canada Protest against Human Rights violations in St. Vincent & the Grenadines 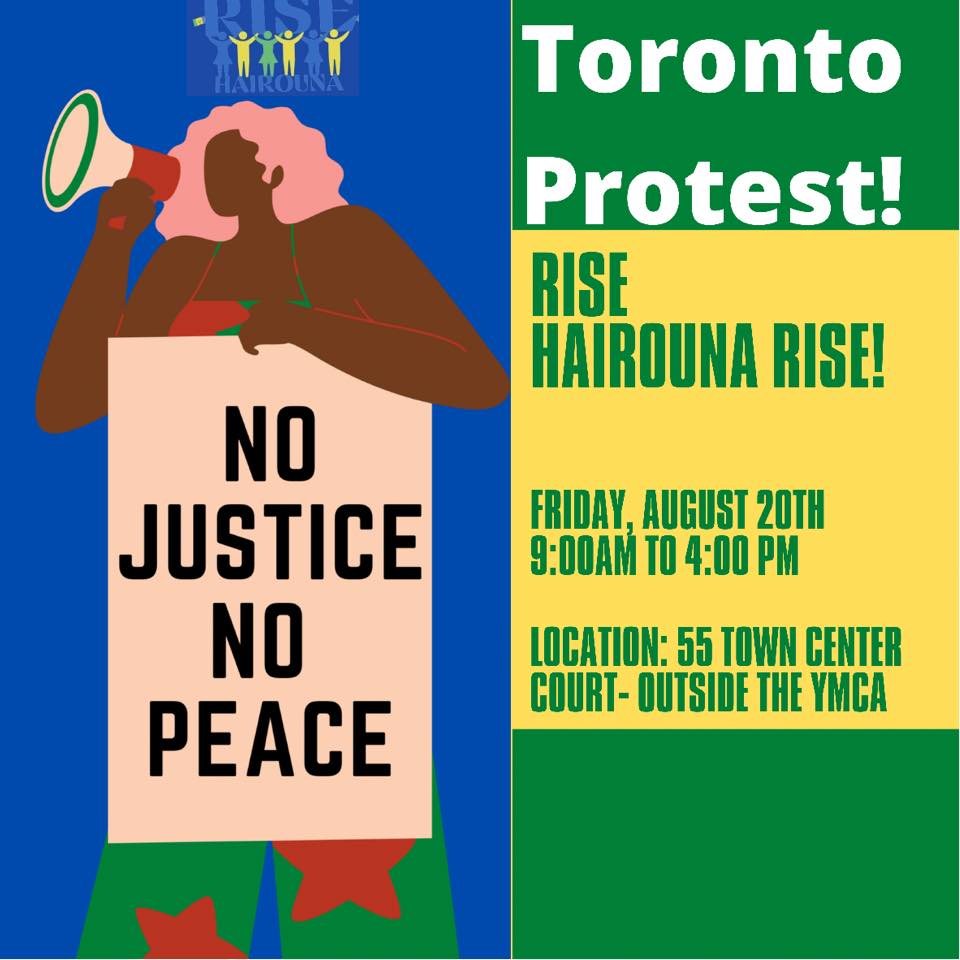 On Friday August 20th 2021, Vincentians in Canada will take to the streets to protest against the Human Rights Violations taking place in St. Vincent and the Grenadines. Peaceful protest action will take place in two separate locations:

The Vincentian Diaspora community in Canada wish to raise awareness on the following issues plaguing their homeland:

·      Legislative Violence against the people of St. Vincent and the Grenadines. Prime Minister Dr. Ralph E. Gonsalves passing draconian amendments to the Public Health Act forcing mandatory vaccinations on front line workers in the public service. Failure to comply with these new measures will result in many public servants and other front line workers losing their jobs. This “Jab or No Job” policy violates the constitutional rights of all Vincentians and infringes upon their freedom of conscience and their right to choose what goes into their bodies. [1]

·      The unfair prosecution of Mr. Cornelius John, a shooting victim who received serious injuries to his leg which has left him unable to work. The alleged perpetrators of this heinous crime – Senator Ashelle Morgan and Assistant Director of Public Prosecution Karim Nelson still have not been charged with trespassing on Mr. John’s property. The unauthorized changes to Mr. John’s medical report, the absence of eye-witness statements, and the perception that the resources of the State are being used and manipulated to protect the Senator and the Assistant Director of Public Prosecution from any criminal liability in this case is another example of the perversion of our Justice system in St. Vincent and the Grenadines. [2]

·      The unlawful raids of the homes and confiscation of personal electronic devices of Activists by armed police and SSU officers just two days after the Prime Minister was injured during Protest demonstrations in Kingstown, is evidence that St. Vincent and the Grenadines is being ruled by a brutal dictator who utilizes the police force as a tool of intimidation and retaliation against the people.[3]

·      The arrest and detainment of Ms. Adriana King and Mr. Kenson King (Activists) under deplorable conditions is a clear violation of their human rights and yet another example of the draconian, communist tactics of the Ralph Gonsalves led regime to intimidate, harass and stifle all opposition voices in St. Vincent and the Grenadines. [4]

·      A Ralph Gonsalves led regime which is rife with corruption and nepotism with no accountability for the $95 Million missing from the Treasury. [5]

·      Rampant political victimization in St. Vincent and the Grenadines.

·      An assault on Vincentian’s constitutional rights to freedom of speech, freedom to assemble, and to protest peacefully.

·      The equitable distribution of aid/relief supplies by Nation Emergency Management Organization of St. Vincent and the Grenadines (NEMO) to those affected by the volcanic eruption.

Rise Hairouna applauds the Vincentian Diaspora Community in Canada who raise their voices in protest to bring attention to the terrible situation in St. Vincent and the Grenadines and calls on all lovers of freedom and democracy to stand with us and join our cause.

Sincerely,
President Of Rise Hairouna
Nailah John
Obo/ the Citizens of St. Vincent and the Grenadines 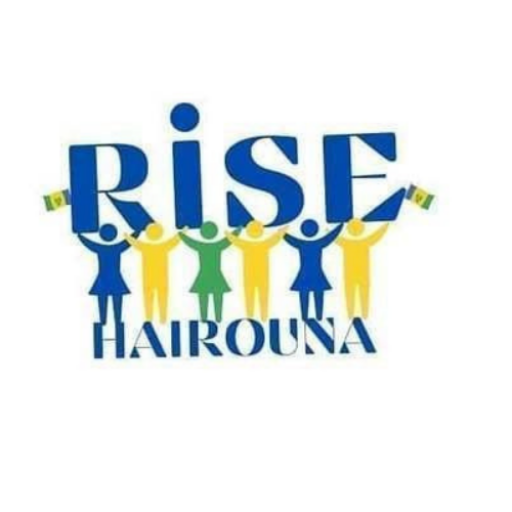 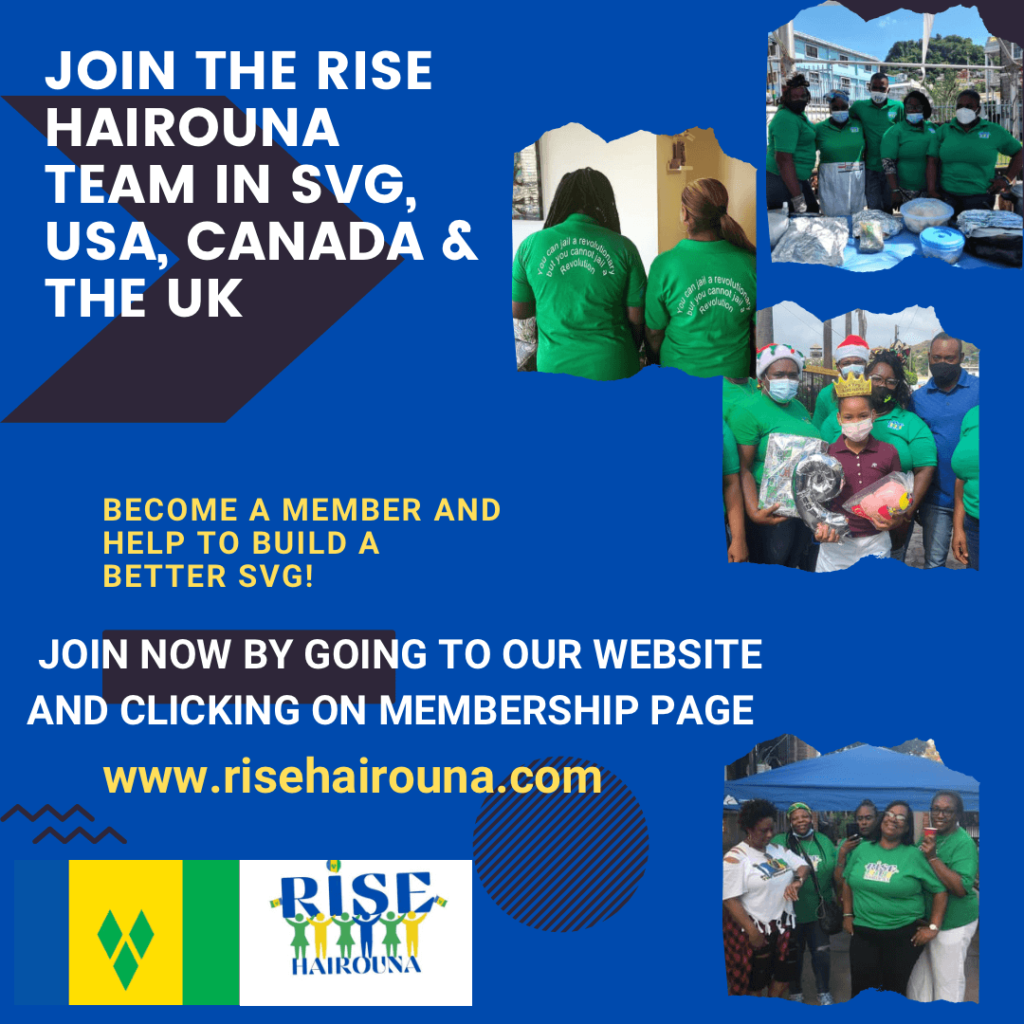